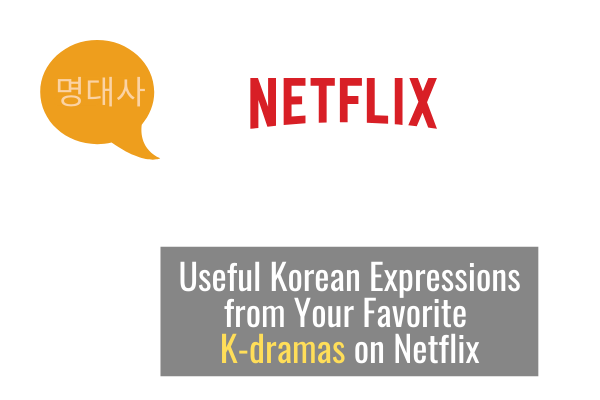 This post covers the coolest quotes and famous lines said on Netflix K-dramas.

Learn Korean with these useful expressions.

Famous quotes from K-dramas are a great way to learn Korean. Here are some of the popular ones.

This word is derived from the traditional Korean house (Hanok).

In this case, “yangban” doesn’t necessarily mean any class.

Just like when Koreans sometimes say “이 양반아! (ee-yangban-ah)” to call “you” in a slightly rude way or someone pathetic in a light, frustrated way.

These terms aren’t relevant anymore, but you’re still judged in Korea by your job title.

Did we miss anything!

Korean dramas have some cool quotes to inspire you.

Let us know your favorite K-drama line in the comments!