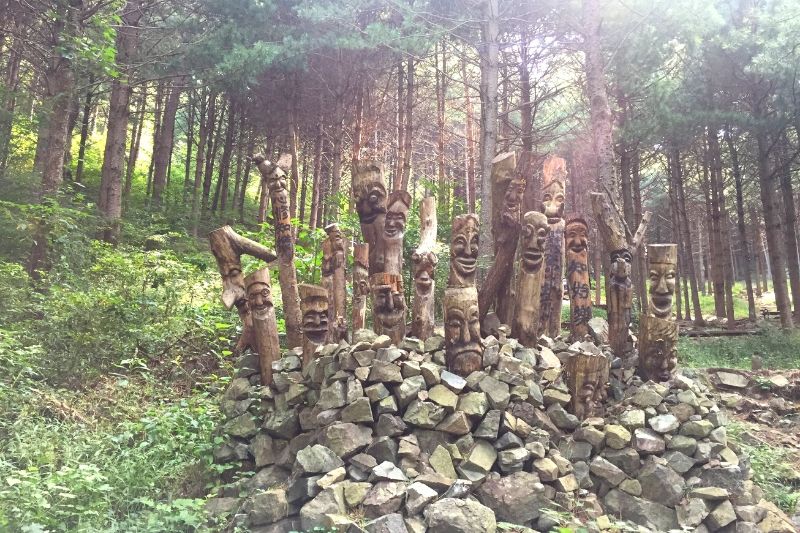 This post covers the most common Korean job titles, their duties and where they stand in the pecking order.

It will show you how to find out:

I learned about Korean corporate titles at my first job.

Understanding corporate hierarchy is a big part of adult life in Korea.

Job titles influence everything, including the way you dress and even write emails. They’re vital if you plan on:

Getting a Job in South Korea

Starting a Business in Korea as an Expat

This position is very similar to Hwe-jang. The main difference is how each title sounds to Koreans. While Hwe-jang conjures up the image of a very old man, not unlike Mr. Burns, Dae-pyo feels much younger to Koreans. It’s basically the CEO role, but for younger companies like startups. As seen in many K-dramas, most CEOs are called “Dae-pyo-nim”.

The President or COO is the right hand of the Hwe-jang. He/she is in charge of a particular business division in the company and sets comprehensive goals for growth. Also, anyone who opens up a business can be called “Sa-jang”. This includes restaurant and store owners.

The CFO heads the finance department of a company and makes major decisions related to finance, investment planning and risk management.

The director of a Korean company is considered to be the younger department head. This person makes important department-related decisions and implements them.

Go-moon provides opinions and advice with his/her expertise and experience in a specific field. In Korea, Go-moon is often an honorary position that does not go to work or work regularly.

Gam-sa inspects and verifies whether the corporation is properly processing the accounting in accordance with the laws and the articles of association. In Korea, it is normally the second position in the company who monitors the work of the CEO.

Literally translates to “head of the room” or “chief of the section”. This title is used when departments are divided into different sections using the suffix of Shil (실). Slightly less senior than the above mentioned Ee-sa (director), but similar in job role/scope.

The senior manager is also referred to as the head manager and is the same level as the team leader. He/she manages teams responsible for working on specific current projects. 10 years of experience is necessary to become a Senior Manager.

The deputy team leader makes sure that all members of their team are assigned specific roles.

A manager must have 7 years of experience in a relevant industry. He/she is responsible for managing team members while working on projects. They are the project leaders.

Assistant managers are just below managers and assist them with projects. They perform basic administrative duties and provide support for day-to-day tasks.

An in-between level. Not all companies have a Ju-im but they are basically a step up from a graduate worker. Sometimes when a new employee has a Masters or Doctorate, they are automatically promoted to this level. The main difference from Sa-won is a small pay increase.

These are employees who have just been hired after graduating from university. Unlike in other countries, they often have no real work experience and need to be taught basic office etiquette.

This is because the Korean Education System is competitive, so they spent most of their life studying.

Based on Chinese characters, job titles determine your position in Korean society.

Since all males perform mandatory military service, you can expect a similar environment in the workplace.

Job titles in English can be inconsistent with their Korean translation.

Some people use inflated titles in English, especially on business cards.

No matter what a person’s position is in English, the Korean title is the only one that matters.

Learning someone’s Korean job title is the best way to find out their level in a company.

Even though Korean companies are becoming more relaxed with the increase in start-ups and overseas subsidiaries, they are still run top down.

I once went to a Korean tourist agency in Brisbane, Australia, and thought I was back in Seoul when I stepped inside. It had the same level of formality and protocol as a Korean office.

It’s vital that you refer to someone by the correct title.

Always make sure to say their full name followed by their title and add a ~님 (~nim) at the end as a sign of respect. This will help build 정 (Jeong) or rapport and make your life easier.

How long does it take to get promoted in Korea?

Until the Gwajang level, promotion is somewhat automatic, provided you show up and don’t make waves.

Companies tend to have different HR policies, so the time frames may vary.

Normally, when a company has the Ju-im title, it takes this long to get promoted:

Being promoted from Gwa-jang to Cha-jang can depend on your performance.

After that, only exemplary employees make it to Bu-jang and above.

Promotion can take as little as 2 years at smaller companies or sales-related positions.

For larger companies, it can take anywhere from 10-12 years to make it to management.

Don’t worry if this is confusing at first. Even Koreans have trouble understanding the differences and need to learn them during their first job.

A position refers to a ‘social and administrative position defined by a job’, or a basic corporate hierarchy.

The basic structure of positions is nearly identical everywhere.

However, positions differ slightly depending on the company or have different names.

The basic hierarchy system is as follows:

A job grade refers to the rank of a job.

It’s a way of ‘grouping positions with similar types, difficulties or responsibilities of work’.

They’re not used often in general corporations, but the nuance is similar to Nth-year dae-ri or gwa-jang.

Often a Team-jang, Bon-bu-jang or CEO belongs in this category.

Since a duty is assigned according to your responsibilities and authority, it sometimes stays the same after you’re promoted.

A title refers to both position and duties in Korea.

We recommend asking what someone’s title is when you want to learn their position.

If all else fails, this is the best way to find out someone’s rank in a company.

In everyday situations, you can address a superior with his/her last name and their position, such as ‘김 부장님 (Kim Bu-jang-nim)’.

For more formal situations, make sure to use the last name, then first name followed by their position, such as ‘김철수 부장님 (Kim Cheol-su Bu-jang-nim).

However, if you are on the same team or their duties are clear, it’s better to call them by their duty, such as ‘팀장님 (Team-jang-nim)’ or ‘본부장님 (Bon-bu-jang-nim)’.

How do you say CEO in Korean?

There are two ways to call someone CEO in Korea depending on what type of company they run.

회장 Hwe-jang is the most common way to refer to a CEO at an older company in Korea.

대표 Dae-pyo is a popular way to refer to the head of a startup or younger company in Korea.

Koreans are aware of the term CEO as well, so you won’t offend anyone by accidentally referring to someone as such.

How do you say director in Korean?

This depends on which type of director you’re referring to.

When referring to the Korean corporate title of director, it’s 이사 – Ee-sa.

If you’re referring to a film director, it’s 감독 – Gam-dok

How do you say manager in Korean?

There are many types of managers in Korea, but 과장 – Gwa-jang is the standard way to refer to them.

Job titles influence how business is conducted in South Korea.

I spent a good portion of training at my first job studying them.

Don’t worry if you make a mistake though. You won’t be judged as harshly as a local would be.

Let us know if you have any questions in the comments!