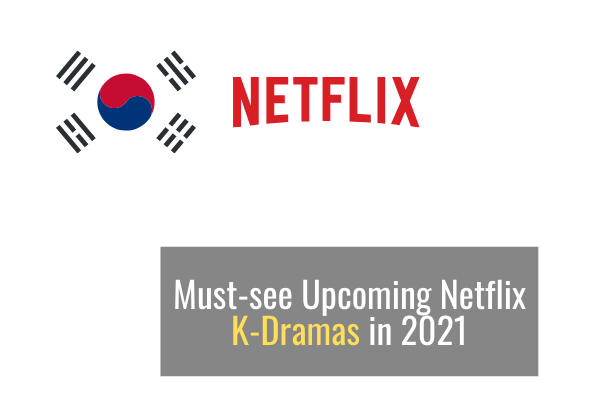 This post previews all the can’t-miss K-dramas on Netflix coming out in 2021.

A lot of this info was found on Korean sites and includes:

Find your next favorite K-drama before it’s released.

Unsurprisingly, many of these K-dramas contain horror elements. We’re assuming that Kingdom was such a hit worldwide that Netflix green lit a bunch of shows with similar themes. Not that we’re complaining!

Although it’s not a full season, Netflix brings you a special extended episode of Kingdom in 2021.

Kingdom Season 2 ended with Jun Ji Hyun appearing in the last scene much to our delight.

She plays a mysterious character who knows the secret of the resurrection plant. Rumor has it that the story will be super dark but really good.

It’ll be exciting to see Jun ji Hyun in this bonus episode. I can’t wait!

The Silent Sea is based on a short film unveiled at the 2014 Mise-en-scène Short Film Festival.

This SF(Sci-fi) story is about an elite team from Korea that needs to retrieve a mysterious sample from the moon in the future, where natural resources on Earth have been depleted.

A familiar face on Netflix, Bae Doona (Koreans call her Netflix’s daughter or 넷플릭스의 딸), will be starring with the Guardian, Gong Yoo (from Guardian: The Lonely and Great God or 도깨비).

Korean fans are also excited to see actor Jung Woo-sung as the director of this K-drama.

Squid Game has become an international sensation. It’s about participants in a mysterious survival game with a 45.6 billion won prize.

Its title 오징어게임, which literally means “squid game” in Korean, comes from a popular children’s game in the early 1980s where an attacking team and a defending team face off on a drawing of circle, triangle and square, which makes up a squid shape.

We’re getting serious Hunger Games vibes from what we know, so it should be a fun one!

Lee Jung Jae stars as Seong Gi-hun from Ssangmun-dong with a few other names you might recognize. Model-turned-actress Jung Ho-yeon has become an international star after her captivating role as Kang Sae-byeok in the series.

For the full experience, you can even make your own Dalgona now.

Hellbound is based on the webtoon 지옥 (hell).

The original webtoon, “지옥”, is written by the director of the movie, “Train To Busan (부산행)”, Yeon Sang-Ho, and drawn by webtoon artist of “Awl (송곳)”, Choi Gyu Seok.

The story takes place in a dark setting as you can imagine. As a supernatural phenomenon occurs, no one knows whether it’s a miracle or a curse.

The story unfolds, revealing profound and deep concepts, such as sin, hell, salvation and morality, in imaginative ways, with outstanding insights into the human condition and society.

Move To Heaven is a new Netflix original series.

A young man with Asperger’s syndrome, “Gu-ru”, and his uncle, “Sang-gu”, who suddenly became his guardian, run a keepsake cleaning business (think a cleaning service for items of the deceased to remove trauma) together, and learn different stories of the deceased.

This actually isn’t a horror-story, so feel free to watch it at night!

I’m super excited about this bizarre thriller webtoon being adapted into a drama.

The story is about a loner boy who lost his family and tries to survive against monsters in his apartment. It will be produced as a Netflix original series and should be amazing.

I’m curious to see how they’ll recreate the monsters, which are very unique and scary.

All of Us Are Dead (지금 우리 학교는)

Another exciting zombie series on Netflix in addition to Kingdom!

The horror webtoon, “지금 우리 학교는 (Now at Our School)”, will be released on Netflix as a drama.

The story is about a group of students trapped in a high school where a zombie virus spreads, and the people who try to save them. The webtoonist perfectly captures the psychological state of people who are forced into extreme situations with some graphic and brutal drawings. The webtoon was so intense that I had to read it during the day.

I hope the drama is not too scary to watch!

D.P. Dog Day is also based on a webtoon.

This new K-drama on Netflix realistically describes the human rights issues of cruel assaults, still happening in the Korean military.

D.P. stands for Deserter Pursuit, or people tasked with hunting down military deserters, Starring Jung Hae In, it isn’t as serious as you’d expect, given the subject matter.

I just found out that this awesome webtoon will be adapted into a drama!

The story is about a high school girl who meets a strange magician in an abandoned theme park.

Casting hasn’t been finalized yet, but it’ll be announced next month.

Personally, I hope to see a Netflix adaptation of the webtoon “God of Bath (목욕의 신)” too!

Although not much is known yet, this K-drama is an “app tracking thriller”. If you don’t know what that means, don’t worry!

Not much info is available even in Korean, but we can guess it’ll be intense.

It’s about the hottest social discovery app in the world, where people can find out more about (or stalk) anyone through either conversation or a paid subscription.

It’s already generating buzz by starring Kim Soo Hyun, who chose this next role after It’s Okay to Not Be Okay (사이코지만 괜찮아).

We’re super excited to watch new K-dramas on Netflix in 2021!

Let us know which K-dramas you’re most excited about in the comments!