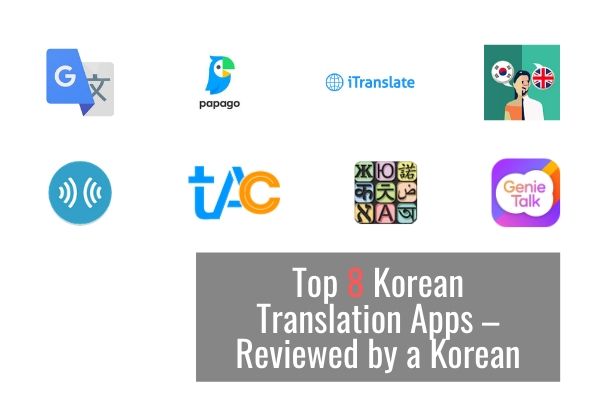 A native Korean translator with 10 years of experience ran the tests.

We’ll also reveal the best one and unique features of each.

As a Korean translator with 10 years of experience, I was pretty dismissive about apps at first. I now see how useful they can be in some situations.

Translation apps keep upgrading their functionality like a nerdy arms race. But all the bells and whistles are for naught if meaning is not conveyed properly.

Use Papago or Google Translate

Use a reputable company specialized in the language pair you need

Check out some Fiverr gigs below!

The up and coming app that’s a serious challenge to Google Translate. Designed by Naver, the largest search engine in Korea, it works with Naver dictionary to provide more complete results. You can think of it as “Naver Translate”. Its core software is a neural machine learns from its mistakes and figures out what type of translation the user requires. Some of the more notable features are:

10 thoughts on “The 8 Best Korean Translation Apps Revealed! [Tested by a Pro]”