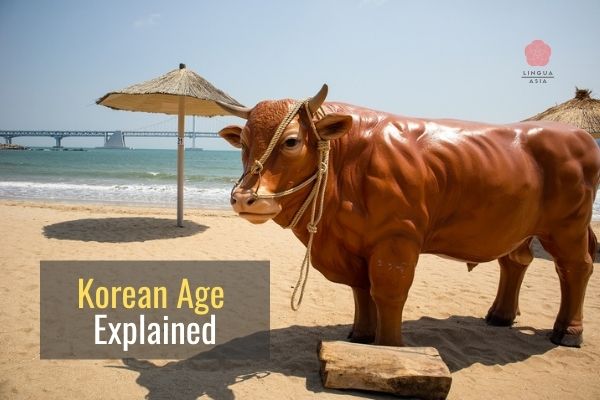 Here’s the simplest explanation I can come up with!

International age: The age you are now according to being 0 years old at birth and having a fixed birthday based on the solar calendar. Koreans also call this “만나이 (mahn nayi)”.

Korean age: The age you are according to being 1 year old at birth and adding 1 year to your age on New Year’s Day, January 1st.

How does Korean age work?

Age is calculated differently in Korea and is complicated for these reasons:

When trying to figure out your Korean age, think of yourself as one year older than you actually are. This will be correct in most cases.

Example: if you’re 25 in international age, then you’re 26 in Korean age.

Example: if you’re 25 in international age, then you’re 26 in Korean age.

Example: if you’re 25 in international age, then you’re 27 in Korean age.

If you can handle these, you’re doing great!

This calculator lets you figure out your Korean age by birth year and date. It’s the most accurate one I could find without having to code.

Korean age will be abolished, at least on official documents, from June 2023. Korean Parliament voted in December 2022 to adopt the standard international age that most of the world uses.

Good news for Koreans, they’re about to get a year or two younger!

Whether this will affect the social hierarchy based on age remains to be seen.

How to address Koreans you don’t know respectfully

Showing enough respect when talking to someone is a major hurdle for Korean language learners.

You don’t use the equivalent of “you”, which would be “너” or “당신”, because that would be rude.

In most situations, you can use these kinship terms:

The suffix “-nim” is the most common way to make a word honorific. You can add this to most titles and kinship terms.

For example, you can use “emo-nim (이모님)” when addressing a cleaning lady or babysitter. (In Korea, they’re usually middle-aged women and appreciate the respect.)

No need to worry though, because Koreans will understand if you mess up.

What’s the Difference between Korean Age vs American Age

Let us know your thoughts on Korean age in the comments!