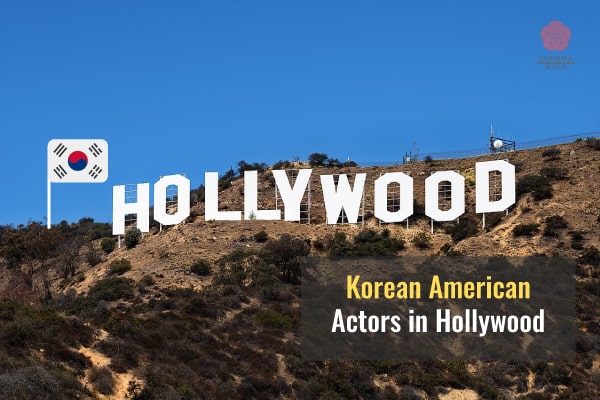 Not only are they easy to look at, many of these actors come from wealthy families and attended the top schools in the states. (✿◡‿◡)

Here are the most popular Korean American actors!

Sung Kang (강성호, Sung-ho Kang) is a Korean-American actor you might recognize if you’ve seen a Fast and the Furious movie. And who hasn’t?

Sung Kang was born in Clarkston, Georgia, but moved to Gainesville, Georgia where he grew up. In a plot twist, he studied law at the University of California, Riverside. He then made his acting debut in the film, Mystery Men in 1999, a seriously underrated movie that was ahead of its time.

Sung Kang established himself as a Listener/Japanese Translator in Pearl Harbor (2001), and as Han Lue in the Fast and the Furious: Tokyo Drift, the driftiest of the F&F movies.

He’s most known for his collaborations with director Justin Lin.

Tim Kang is truly an 엄친아 (Umchinah) who graduated from the University of California, Berkeley, and got a master’s degree from Harvard’s Institute for Advanced Theater Training at the American Repertory Theater and the Moscow Art Theatre.

He used to work in the finance industry at the Pacific Exchange, but changed his career after taking night acting classes on a whim. Talk about chasing your dreams!

Tim Kang is known for his role as Kimball Cho in the TV series, The Mentalist and Gordon Katsumoto in the Magnum P.I. reboot.

Rumor has it that he visits South Korea to spend time with his family every Christmas. You may spot him in Nowon! ヾ(≧▽≦*)o

And yes, he’s a black belt in Taekwondo.

Daniel Dae Kim (김대현, Dae-hyun Kim) is a Korean-American actor and producer who’s a force of nature on TV.

He was born in Busan, South Korea, then moved to the United States when he was one year old. Daniel grew up in New York City, Easton, and Bethlehem, Pennsylvania.

If you’ve watched network TV in the last 20 years, you’ll know him from Lost and Hawaii Five-0.

He’s famous in South Korea for a meme from his role, Jin-Soo Kwon in Lost (“나 꽈찌쭈는 햄보칼 수 업서!”, “I, Jji-jju Kkwa (Jin-Soo Kwon), cannot be happy!”). With his good diction yet shocking accent, he brought joy to many an overworked Korean. It’s pretty incredible that he could act in another language since he didn’t grow up in Korea.

Daniel Dae Kim has also been raising concerns about Asian American discrimination/hate in the United States.

Will Yun Lee (이상욱, Sang-wook Lee) is a Korean-American actor and martial artist who was great in Altered Carbon.

He was born in Arlington, Virginia. His father was a Taekwondo grandmaster, and naturally, he began learning Taekwondo at three years old.

In addition to kicking butt, Will Yun Lee studied political science at UC Berkeley, then chose to become an actor.

Thanks to his martial arts background, he mainly appeared in action movies, like Die Another Day and The Wolverine. He’s best known for his roles as Danny Woo in Witchblade and Jae Kim in Bionic Woman.

James Kyson Lee (이재혁, Jae-hyeok Lee) is a Korean American actor who was a lot of fun in Heroes.

He was born in South Korea, and immigrated to New York at the age of 10, so he’s relatively fluent in Korean.

James hit it big with the role of the lovable Ando Masahashi on the NBC television series, Heroes.

Rumor has it that he chose his middle name, Kyson, by adding Son to his father’s surname (Kim) and his mother’s surname (Yi). What a hyoja (효자 or filial/devoted son) 👍👍!

When he played the raunchy yet likeable character on Dexter, many Koreans thought he was of Japanese or Chinese descent. He was born in Cheongju, South Korea! Whaaa? ＼（〇_ｏ）／

Ricky Kim (리키 김) is a Korean American actor and model who hasn’t made it to Hollywood just yet.

He was born to a Korean mother and an American father and grew up in Kansas and Hawaii.

In 2005, Ricky Kim arrived in South Korea to volunteer and teach English, then left to travel the world. But he returned soon after to pursue his career in entertainment, and began reaching out to modeling and talent agencies.

With his athleticism, he was on Korean sports-reality show, Let’s Go Dream Team! Season 2 and also on Law of the Jungle.

Don Lee (마동석, Dong-seok Ma) is a Korean-American actor who just started to blow up.

He was born and raised in Korea, then immigrated to the United States (he’s American citizen).

Don also worked as a personal trainer in the States, and was a weight trainer for former UFC champion Mark Coleman and Kevin Randleman.

With his stout and stocky physique and macho image, he played many diverse roles like homicide detective, thug and former martial artist. He’s mainly known from Train to Busan and the Eternals.

His Korean nickname is 마블리 (Ma-vely) as in Lovely Ma. Some Koreans find him cute despite his macho image.

He was born in Atlanta, Georgia to Korean parents but grew up in Saint Paul, Minnesota.

With a fifth-degree black belt in Taekwondo, Mike killed it in his role as Bruce Lee in Once Upon a Time in Hollywood. Wow, I watched this movie and had no idea he was Korean American!

Randall Park is a second-generation Korean-American actor, comedian and writer.

While he’s been known as an actor through sitcoms and comedy shows in the States, he wasn’t in South Korea until he starred as Kim Jong-un in The Interview.

After that, he gained recognition in Korea as Agent Jimmy Woo in the Marvel Cinematic Universe. (Marvel is huge in South Korea! ^_~)

Randall Park became a big fan of BTS after accompanying his wife to a BTS concert at the Rose Bowl. How sweet!

Steven Yeun (연상엽, Sang-yeop Yeun) is an American actor born in South Korea, immigrated to Canada, then settled in the U.S.

Steven Yeun is best known for his role as Glenn Rhee in the TV series, The Walking Dead.
(Maybe because I didn’t watch the Walking Dead, I know him from Conan Without Borders: Korea)

As a versatile performer, you’ll see him making cameos in sketch comedy shows like “I Think You Should Leave” and voice acting in the animated series Invincible.

He also starred in Minari, and was nominated for the Academy Award for Best Actor, becoming the first Korean American actor to receive this honor.

Ki Hong Lee is a Korean-American actor with a baby face. (OMG I can’t believe he’s older than me. I thought he’d be either a teenager or in his 20s!)

He’s best known for his role as Minho in the Maze Runner.

He attended Cornell University (wow, another Ivy League graduate). He worked as a journalist and photographer for various magazines, then became an actor in 2012. He’s also known to be fluent in Korean!

He’s also another 엄친아 who graduated from Duke and obtained his M.D. at the UNC School of Medicine.

When I watched The Hangover, the thought of him as a Korean-American never crossed my mind.

I’m not really a big fan of Ken Jeong since he imitates/mocks the English pronunciation of Asians while portraying the stereotype, but he’s funny in small doses.

Ken has been doing great with the movie, Crazy Rich Asians, and the singing competition show, The Masked Singer.

Born in Seoul, John Cho moved to the United States at the age of 6 and grew up in Los Angeles. John Cho graduated from the University of California, Berkeley.

He’s best known for his roles as Harold Lee in the Harold & Kumar films, and Hikaru Sulu in the rebooted Star Trek. John also did his best in the live action version of Cowboy Bebop on Netflix.

I respect him for refusing to take roles of Asian stereotypes or doing an Asian accent. Can you believe he’s 49? Such a 동안 (dong-an or young face)!

Jin Ha is an American actor, born in Seoul then immigrated to the United States at the age of 8.

He graduated from Choate Rosemary Hall, majored in East Asian languages and cultures at Columbia University, and obtained a graduate degree in acting from New York University Tisch School of the Arts.

He’s best known for his role in Pachinko in addition to the musical Hamilton.

Unfortunately, his controversial Tumblr blog was discovered on the first release date of Pachinko in South Korea. (Jin Ha uploaded voyeur shots of Korean grandmothers with harassing captions. He later apologized and deleted the account.)

He’s an 엄친아 who’s a triple threat, hot, tall and smart! He received his degree in finance from the University of Pennsylvania’s Wharton School.

While interning on Wall Street, he was discovered by a modeling agent. Soon after, he became the first Asian-American model for Versace and Ralph Lauren’s Polo advertisements.

Yune co-starred as Johnny Tran in The Fast and the Furious in 2001, and played a North Korean terrorist, in the James Bond movie Die Another Day. I hope to see more of him in the future.

Karl Yune (윤성원, Seong-won Yune) is the younger brother of Rick Yune. So… it makes sense he’s a Korean-American actor. Like his brother, he also went to a prestigious school and graduated from Columbia University. 말모말모 (mal-mo-mal-mo, needless to say), he’s an 엄친아 as well.

He’s best known for his roles as Tran in Anacondas: The Hunt for the Blood Orchid, and Maseo Yamashiro in the DC comics TV series Arrow.

Daniel Phillip Henney is an American actor and model (with Korean mother and British/Irish-American father).

Unlike other Korean American actors, he became famous in South Korea first, then went to Hollywood.

Initially, he did a lot of commercials as his modeling career with famous Korean actresses like Jun Ji-hyun, Kim Tae-hee, etc. Then, he made an acting debut as Dr. Henry Kim on the Korean drama, My Lovely Sam Soon (My Name is Kim Sam Soon). He didn’t speak Korean, so he played an Asian American physician.

After finding out more about these actors, I feel like I should study more at a proper uni.

Let us know your thoughts about Korean American actors in the comments!