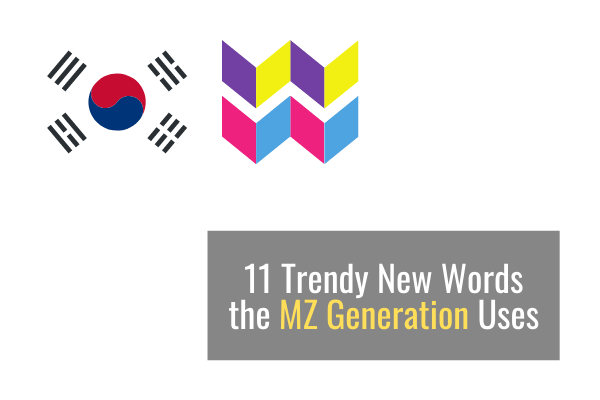 This post covers everything you need to know about the MZ Generation.

Listen to this Article

What is the MZ generation (MZ세대)?

MZ generation is a combination of Millennials and Generation Z.

According to Statistics Korea, the MZ generation totals around 17.9 million as of 2019, accounting for 34.7% of the Korean population.

Why is the MZ generation important in Korea?

Many Korean companies and brands try their best to read and meet the needs of the MZ generation. This is because the MZ generation is at the center of consumption and is equipped with ‘creativity, adventure and influence’. They’re also leading trends, so anything that’s popular with them will spread to others.

Especially in the midst of the COVID-19 pandemic, the MZ generation has been playing an important role in Korea by being more flexible in the face of change and proficient in social media, while pioneering social changes.

The MZ generation donated their talents by creating a ‘Corona Map’ to track the coronavirus outbreak. They also started the “Thank You Challenge” on Instagram for front liners and medical staff.

What are trendy new words the MZ generation uses?

Here are 11 new expressions and their explanations!

재질 (jae-jil): Literally means “material”, which can replace “feeling” or “type”. This term is somewhat vague, and an example can be “first love material (첫사랑 재질)”. BTS fans use it to mean their “first love vibe/feeling” for BTS.

쫌쫌따리 (jjom-jjom-tta-ri): It means “little by little”, like trying to collect insignificant amounts. It’s the equivalent of “티끌모아티끌”, which means “it’s still dust after collecting dust” as in “if you save pocket money, it’s still pocket money”.

임포 (impo): A shortened Korean version of “imposter”, which originates from a traitor hiding among the crowd in the game, “Among Us”.

Whyrano: Another part of the Gyeongsang-do dialect, “wah irano (와이라노)”, of “왜 이러나 or  wae ireona”, expressed in English. It means “why are you doing this?”, “what’s wrong?” or “come on”, but sounds cute and funny.

스불재 (seu-bul-jae): An abbreviation for self-imposed disaster (스스로 불러온 재앙). It’s used to describe a situation in which one is suffering from their own choices.

주불 (ju-bul): A shortened word for “주소 불러 (juso bulleo)”, asking for an address to send a delivery package. It became common since friends can’t meet up often now and have to send gifts through parcel service.

When a restaurant/cafe owner treats a young person as a regular, such as recognizing them or giving them more “service (서비스 or Konglish for something on the house)”, the MZ generation tends to either stop visiting or decrease frequency of visits. The reason for this is they start feeling uncomfortable and prefer to be anonymous. There’s also the fact that they don’t want to feel obligated to return often.

Let us know which words you use in the comments!