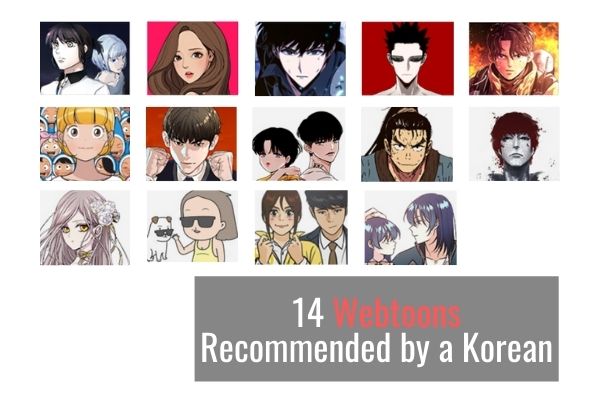 I’ve been reading them almost every day since they were first created.

During midterms or finals in middle and high school, my friends and I always talked about how we wanted to just lie around, read comic books and eat snacks.

Daum made things easier in 2003 when they invented the Korean webtoon concept and made comics readable from our smartphones.

Now, Korean webtoons are a multi-million dollar industry that’s replaced the comic book scene in South Korea. They’ve even gone global and are leading the K-drama takeover of Netflix.

More about Netflix K-dramas based on Webtoons

There’s even an animated version now on Crunchyroll that’s produced by the joint effort of Korea, the U.S., and Japan that I recommend.

Tower of God has consistency, creativity and perfect character development. It’s fun to read and watch with an animated version (English subtitles).

The beginning of True Beauty started out as a 10 with pretty drawings and criticisms of Korean society obsessed with outer beauty. However, the story doesn’t develop much as time goes by.

Omniscient Reader is about 독자 (reader) an ordinary man in every way, except that he’s the only person to read a certain novel.

Omniscient Reader is an ongoing webtoon, and it’s been great so far. I love its solid story line and 사이다 (cider, a trendy Korean word that means something gratifying).

The Boxer will immediately bring you into the webtoon world. The focus is so intense that you’ll be left breathless.

1 Second is pretty amazing. I love its realism, but with hope for saving more people. Putting cultural differences aside, it’s still a heartwarming story.

Yumi’s Cells is a complete series. It cleverly describes how the human thought process works in a cute way. But, the story of Babi is a bit far-fetched.

How to Fight is worth a look. As the number of school life comics increased too much, I lost interest. But its story and drawings are still good.

Some of these webtoons won’t be available in your country. Access every Korean app with VPN here!

We Were Not Dating is fun to read. The characters are cute and realistic. It can be frustrating at times, but so far so good.

Peerless Dad is pretty fun to read. Its drawing style feels a bit old to me, but it may bring nostalgia to some. I love its solid story line.

Charlotte Has Five Disciples is totally worth your time. On top of its beautiful drawings, all the characters are attractive. I’m curious to see mysteries being solved.

Musty Diary is perfect for Korean women in their mid-20s to 40s. However, it may be a bit hard to empathize if you’re not in that age group.

I like how it captures reality, while adding a little bit of fantasy to make it a feel-good story.

Dragon Pearl is good if you’re interested in Korean politics. The scenes are pretty intense and can immerse you in the story.

The Archmage’s Daughter is a feel-good webtoon. The characters (other than the mean ones) adore the main character, putting smile on my face.

8 thoughts on “14 Webtoons Recommended and Reviewed by a Korean”