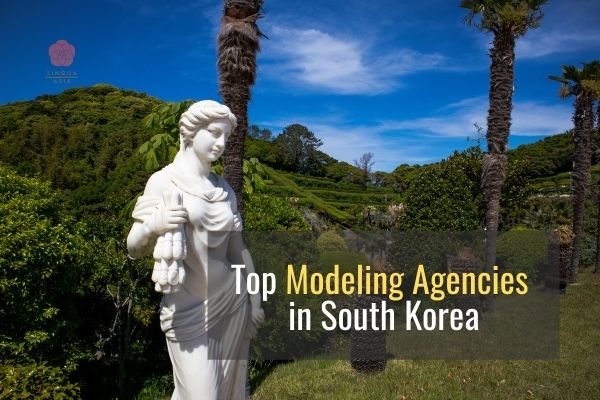 Modeling in Korea as a local or foreigner can lead to tons of unique opportunities. You get to try on stylish clothes for a living and meet all sorts of interesting people from around the world. Best of all, modeling agencies are always looking for new talent in Korea.

But with opportunity comes risk. We’ll cover how to avoid pitfalls and:

How to Become a Model in Korea

There’s a lot of demand for non-Korean models of all ages and looks for commercials (CF), print and even home shopping. Here’s how to get started.

Get a portfolio from a freelance photographer (bonus points if you get your hair done). You can check social media platforms for ones looking for models to shoot as well!

Find a modeling agency in Korea that specializes in foreign models (not all will sponsor your visa, you’ll have to ask!). The major ones are listed below.

Quality of modeling agencies tends to change since there’s a lot of turnover, so a good one can become shady overnight and vice versa.

Contact the agency, send headshots and other info they request.

Read the contract carefully. It should be in both Korean and English. Make sure there aren’t any penalty clauses, and the term is only for a year or two. If you don’t understand something, ask someone you trust for an explanation.

Get an E-6 Visa sponsored by the agency, or an F Visa that will allow you to work anywhere and stay in the country long-term.

More about Jobs for Foreigners in Korea

Agencies in Korea for foreigners who want to act

For those interested in acting in Korea as a foreigner, you’re in luck. Most casting of foreigners is based on looks, so there are opportunities to find work in TV dramas, movies and CFs (commercials).

Some modeling agencies will also provide chances to audition for roles.

The “docu-drama” Surprise also regularly casts foreigners of all nationalities. The flipside is it can pigeonhole you into that type of work forever, since Koreans will recognize you from those roles.

It’s also hard to be taken seriously because the production quality is generally low.

“Model Line” agency led the modeling industry in South Korea from the late 80s to the early 90s with notable figures like Cha Seung-won and Jin Hee-kyung.

DCM took over as Model Line went out of business because of financial problems.

DCM didn’t last long, and was divided into a few companies.

One of them was ESteem.

ESteem then recruited Kim Won-kyung and Lee Hyun-yi, and reached the level of monopolizing pictorials of all high fashion magazines, such as VOGUE.

Since its establishment in 2003, ESteem has had the most influence in the modeling industry.

But, its position swayed little by little as KPLUS began to grow.

ESteem established a strategic partnership with SM in 2015.
(Lee Hyori signed an exclusive contract with ESteem in 2020 due to her connection with the CEO, Kim So-yeon.)

KPLUS was also born from the demise of DCM. Despite having a large roster of models, the agency wasn’t popular at first. Its strength was mostly male models.

While ESteem had a crazy lineup of female models, but not many male models, KPLUS had hot male models who were crushing Seoul Fashion Week.

KPLUS stepped up to its current position as a top 2 agency thanks to a merger with YG in 2014. Now with the name YG KPLUS, it’s signed contracts with many female models as well.

Among their talent, Lee Sung-kyung and Nam Joo-hyuk became very popular as models who became actors. (They used to date, but broke up.)

Now, both agencies are working hard to break into broadcasting/media, beyond runway and editorial.

Here are some of the more well-known agencies for foreigners in South Korea. Always do your research before signing with one.

Base Models brings talented foreign models from all over the world to Seoul / South Korea.

The company was created by former models and designers to deliver great results for both the talent and clients!

Banilla Models was established in 2008 and is specialized in being a foreigner model agency.

Ever Models is a talent and model agency for foreigners (men and women).

The agency focuses on commercials and magazine editorials.

Dobe Management specializes in the fashion industry, working with models of any nationality, gender, body type, and age.

About International Model Management is an international modeling agency for professionals, lifestyle models, and children.

The agency has an extensive range of clients.

J Model Management is an agency for international male and female models in the fashion industry.

Hanmaroo Management is a model agency for men and women of all ages, including children.

The agency works in both print and video.

Things to Know before Contacting a Modeling Agency

Find out more about ways to protect yourself here.

Korean modeling industry is progressing rapidly with some turmoil.