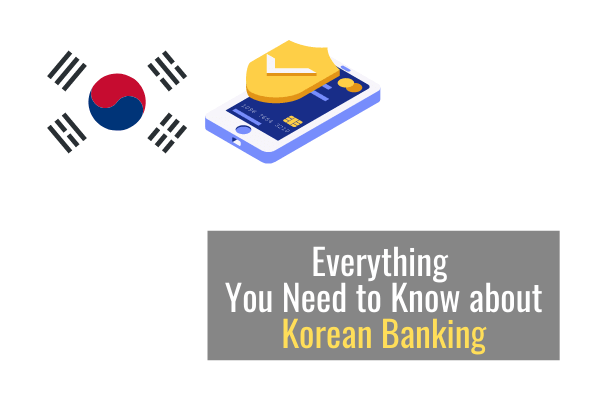 Everything you Need to Know about Korean Banking [2021]

I’ve had Korean bank accounts since 2006 for both personal and business use.

The information in this post is valid as of Feb 2021. Korean bank account requirements and benefits change frequently. Check with your favorite bank teller to get the most up to date and accurate info. Terms may vary by bank branch.

Opening a bank account in Korea used to be easy. You only needed a few documents to get one. Now, they’ve added a few requirements to stop the use of fake bankbooks for voice phishing.

Read on to find out how to open up a Korean bank account.

What do I need to open up a Korean bank account?

Now, the general requirements are:

2. If you’re employed, you need to present proof of employment (재직증명서) to open a bank account for direct deposit of paychecks.

3. If your spouse is Korean, you may need to bring your Certificate of Family Relations (가족관계증명서) or Resident Registration (주민등록등본). (You can skip this part if your spouse comes with you.)

5. 30,000 won to add a public transportation function (like T-Money) to your debit card.

6. It’s a good idea to come up with a reason for opening a bank account in advance.

If a bank teller asks why you need an account and your answer is “just because”, they may reject your application.

Your reason can be anything including:

Just make sure to bring proof.

Where can I open up a Korean bank account?

You can open a bank account at any bank in South Korea.

KEB was once considered a leading choice until around 2015 when they merged with Hana Bank. They’ve since closed many branches and limited in-bank services like check card issuance (you have to call to order one).

Now, most banks offer services in English and are catering more to foreigners.

Shinhan bank has a good reputation for being foreign-friendly and has online/mobile banking in English.

Citibank Korea is also a great choice even though they’re different from Citibank USA. If you have a Citibank account in the U.S., you can transfer money between accounts easily.

It can also be a good idea to choose the same bank your employer uses to avoid fees.

Other good banks are:

Must-know tips for banking in Korea

What to know as a U.S citizen with a Korean bank account

U.S. citizens have stricter asset reporting requirements thanks to FBAR and FACTA, which were created to help the IRS stop tax evasion.

A bank account or combined balance of multiple accounts over 10,000 USD at any time during the year must be reported to the U.S. Treasury Dept.

The penalty for not doing so can be 10,000 USD. The filing deadline is June 30 with no extensions available. There are ways to catch up on late filings without penalties through FinCen.

Total value of assets (including pensions, stockholdings, foreign partnership interests and bank accounts) $200,000 or more at the end of the tax year, or $300,000 at any point during the year must be reported to the IRS.

My experience with Korean banking

I opened up a bank account in 2006 at KEB since my first employer used that bank. I only needed a passport, local phone number and 10,000 KRW to start.

More about Life in South Korea as an Expat

Online banking has always been interesting to use. On the one hand, online banking developed in South Korea (since 1999) quicker than it did in most countries.

On the other hand, the requirement of ActiveX and other software that worked more like Malware made things trickier. You also needed an digital certificate with a password and other seemingly random passwords at times. Something simple like shopping online overseas could take an hour.

Thankfully, banking apps removed the need for digital certificates and made transactions easier.

Sending money overseas takes some time and requires a visit in person to set up a designated foreign bank.

I currently have a personal and business account at a Korean bank. For the most part, Korean banking has been secure and easy to use.

How to open a Korean bank account as an Expat

Make sure to have your passport, ARC (외국인 등록 카드) and a Korean phone number (한국내 전화번호). You may also be asked to provide a certificate of employment (재직증명서) if you have a job or university documents if you’re a student.

You need to open an account in person. Tell the individual at the front who looks like a security guard/greeter what you’re there for and they’ll direct you to the right forms. Fill them out and wait your turn to see a teller.

It’s possible to get rejected for reasons outside of your control. Try another branch if this happens.

You’ll receive a bank card, security card and passbook. You can create your four digit pin number at the bank as well.

Make sure to set up an internet banking ID too. Staff can help you with this part.

Step 5. Set up your bank

Once you get home, you’ll need to create a digital certificate with a password if you want to bank online. The first one should be free, but it can cost money to renew them.

Security cards are unique because they contain numbers you need to input when wiring money.

If you prefer a more secured way to transfer money, you can ask for an OTP (a digital security card that generates a one-time password), but this will cost you about 5,000 to 10,000 won unless you’re a loyal customer of the bank (in other words, it’s up to the teller’s discretion). Also, you cannot change the battery in an OTP (one-time password), so once it’s dead, you need to visit the branch to get a new one.

Passbooks aren’t as useful anymore, but it’s a good idea to have them just in case you need to send a copy to an employer.

Store your security card and passbook in a safe place. It’s hard to get things done without them.

How to open a corporate bank account in South Korea

The process is similar to opening a personal account. The main differences are:

Hanseong Bank was the first commercial bank in Korea in 1897. It’s known today as Shinhan Bank.

Bank of Korea (BOK, 한국은행/韓國銀行) was formed as South Korea’s central bank in 1950. It was established to promote price stability through efficient monetary credit policies.

The Korean financial system nearly collapsed in the 1990’s after banks borrowed too much overseas to boost industrialization by conglomerates. Korean banks had to restructure the debt and set up a bailout agreement with the IMF. There’s a moving story of how 3.5 million Koreans donated their gold jewelry to help repay the debt.

Korea developed online banking early in 1992 with widespread adoption in 1999. Nevertheless, banking management has traditionally been top down and slow to adapt. Until the creation of Kakao Bank in 2016, you had to use Ahnlab security software from the 1990s for internet banking.

Korean banks are now in a race to modernize. Especially since the COVID-19 pandemic and the creation of Kakao Bank, the first and largest online bank in South Korea.

Korean banks are both cutting edge and archaic. Koreans have been wiring money domestically for free for 20 years. They can get same day grocery delivery, send gifts through KakaoTalk and call taxis with a credit card. You also need a digital certificate and bank security card for online transactions.

Most Korean websites and apps only accept domestic bank cards.

Can I open a Korean bank account as a non-resident?

You can try, but you’ll most likely fail. Opening an account requires a resident card (ARC) and a Korean phone number.

How long have Koreans been doing online banking?

Although it originated in 1992, Korea has been providing widespread internet banking since 1999.

What restrictions on Korean banking do I have as an expat?

Is my money protected in South Korea?

The Depositor Protection Act was created to safeguard depositors and maintain the stability of the financial system in case a financial institution suspends business or goes bankrupt.

Even if a financial institution is unable to pay a customer’s deposit due to bankruptcy or other reasons, this system guarantees up to 50 million won per person including principal and interest.

What are the first and second financial sectors in South Korea?

Korea has 1st and 2nd financial sectors divided according to the functions of extending and receiving credit.

The 1st financial sector includes banks, such as Industrial Bank of Korea, KB Kookmin Bank, Shinhan Bank, Woori Bank and so on.

What’s KakaoPay and KakaoBank and are they different?

KakaoBank is an actual bank in the 1st financial sector. It’s a solely online bank without offline branches.

You can transfer money without an accredited certificate (공인인증서) or security card (보안카드).

The best part is that there’s no service fee charged when wiring money to other banks or using ATMs in Korea.

Yes! It should take only 7 minutes to open a bank account according to the KakaoBank app. You’ll even receive a debit card with your favorite Kakao Friends character.

Can I open up a securities trading account in South Korea as an expat?

Even trading companies like KIWOOM Securities (키움증권) allow expats to have accounts.

Just bring your Domestic Residence Card (국내거소신고증) or ARC (외국인등록증), which is at least 6 months old, and a copy of a bankbook in your name. Then, you can visit a branch to open an account.

* If it hasn’t been 6 months from ARC issuance date, you need to bring either:

– Passport that shows you’ve been in South Korea for six months straight.

Getting a Korean bank account comes with many benefits.

Let us know your Korean bank account tips in the comments below!